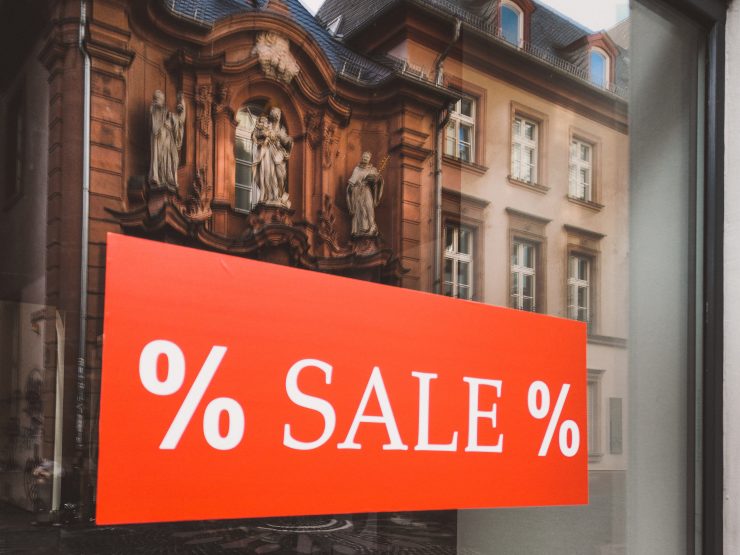 17+ Groupon Alternatives You Need to Know About

Some of the links inside this post may be from a sponsor.

If you like a good deal/coupon, there’s a pretty good chance you have purchased from Groupon.com before, the internet’s largest daily deal site.

In short, Groupon networks with thousands of local and nationwide businesses, offering you goods and services for up to 90% off.  Just buy the coupon, print it off and redeem it in store or online.  It’s that easy.

As a warning, however, it’s addicting if you have never browsed around before.  There are a ton of great deals.

In today’s post, I wanted to talk about the many websites that work just like Groupon, wherein you can save up to 90%.  Yes, there are a lot of them out there.

From daily deals at a local restaurant to a hotel 90% off nearby, I try to cover all bases in my list below.

If you like a deal and want to save big, be sure to bookmark the websites I’m about to mention below.

Local Flavor is one of the best Groupon alternatives.  In fact, I have found better deals on here more than I have on Groupon and have purchased countless coupons over the years.

Just like Groupon, you can buy discounted coupons from local retailers, such as restaurants, spas, fitness centers, entertainment centers and much more.  Most coupons are usually 50% off services, but there are times when you can get a coupon to bring the costs down even more.  For example, as I write this, they will give you an additional 25% off if you sign up for their email newsletter.

If you want the best Groupon alternative, then I can promise you this is it.  Give it a whirl and see which companies are offering killer deals in your town.

LivingSocial is owned by Groupon, but it’s an entirely separate website.  I would at least recommend checking it out to see if any deals of interest aren’t found on the Groupon website.

Like Groupon, you simply purchase the coupon and redeem it at the location specified.  Just be sure to read the fine print as there’s often a ton of fine print in regards to what you can and can’t do with your vouchers.  As long as you understand these terms, you shouldn’t have a hard time redeeming.

From activities to food, travel and spas, you can easily save 50% off, if not more with a coupon code that’s often available.

Like Groupon, all you need to do is input your zip code and see which restaurants are offering a deal in your area.  You can also search by cuisine if you have something in mind.  Almost all options are at least 50% off.

You will have to purchase the voucher like Groupon, but if you do, just make sure you read the fine print to ensure you know what you have to spend to redeem the coupon.

This one is a pinch different from the rest as this is an actually book that you can purchase and then redeem the coupons at local retailers/restaurants.  This option has been around a lot longer than Groupon has.

I have purchased this book in the past and found it to be of great value, especially if you can find the book on sale.  Just be sure to jot down what you paid so that you can justify the costs.  It doesn’t take long to do so.

Most of your restaurant coupons are a buy one, get one free options, but there are a ton of retailer and entertainment options.  Be sure to follow the link below as you can see which opportunities are available in your area to see if it’s worth it.

Quite possibly the oldest daily deal website on the web, Woot, now owned by Amazon, offers a ton of daily deal options.

From electronics to tools and even shirts, there’s quite a bit to choose from.

The biggest difference, in comparison to Groupon, is that you have to purchase an item directly rather than buy a coupon and redeem it later on.  Nonetheless, it’s a great way to save more than half off.

DailySteals works similar to that of Woot, wherein they post some of the best daily deals for the day.

So, while you can’t purchase a coupon, per se, you can find some pretty good products for up to 90% off.

From phones to clothing, the company always has hundreds of products up for sale.

TravelZoo is strictly geared toward travel deals, and I have been a member for years now.  I highly recommend you at least sign up for the free VIP email which is sent out every Wednesday to see what the hottest deals are for the week.  Do keep in mind that these deals go fast, so if you see one interest, it’s best to book ASAP.

If you’re a fan of traveling, then it’s one to bookmark as they have a TON of travel deals, from an all-inclusive vacation packages to a five-star dinner in your hometown.  There’s quite a bit, and it’s not too hard to save at least 30%+

The website is very easy to use.  Either search what you’re looking for or break it down by a category of interest by city to see what’s available right now.

Jetsetter works just like TravelZoo, only focusing on travel deals.

Whether you want to check out the current flash sales or look at the exclusive hotel deals list, there always appears to be at 30+ deals, many of which are 30%+ off.

While most people use the platform to communicate and even sell things, they have a Groupon-like feature that I think is underrated.

Referred to as “Local Deals,” you can take advantage of heavy discounts for free, some saving you more than 40%.  It’s like a coupon as you just need to print it out to save.

Joining NextDoor is 100% free, but you will have to verify who you are and where you live to join.  Highly recommended if you haven’t joined already.

Out of all the Groupon alternatives I mention here, I would have to say that Slickdeals is one of my favorites.

The unique thing about Slickdeals is that the deals are submitted by the community, which means all deals you see came from someone like you.  They are then upvoted by members, with the more votes the deal receives, the higher it rises in the ranks.  You can also find coupon codes as well.

No matter what kind of deal you’re looking for, whether it be an electronic item or even car, the community almost always finds a deal of sorts.  The thing I like most is that you can set deal alerts that can alert you any time a deal pops up for something you’re looking out for in particular.

DealNews is more of a deals aggregator, rather than a site that lets you buy coupons.  I just wanted to include it here as they often find a ton of great deals, up to 90% off.

Almost all of the items can be purchased online, but you may be able to find a local deal from time to time.

Deal of the Day

The website name, as it implies, offers multiple “deals of the day.”

While I don’t use this website a lot, they tend to offer some deals that may be worth your time.  Just don’t expect the deals to be as good as Groupon.

Most of the deals found here are strictly online, but the feature I did like was that you could browse by popular online stores and even by price.

Brad’s Deals has been around for an eternity and is yet another deals-like website that you can help you find some of the best deals on the web.

From coupon codes to printable coupons, this is more a blog setup, so you will have to browse through countless listings to find what you’re looking for.

Nonetheless, if you’re looking for a deal, at least check it on occasions to see if there’s anything of interest.

One of the largest coupon sites online, RetailMeNot, has a great local tool that you can use to find some pretty good deals in your area.

To use it, just click on the “local” tab and see which retailers are offering deals in your area.

You won’t have to buy these coupons, but you can find some decent options, from free food to a certain percentage off.

Tanga is another aggregator of sorts that finds deals of the day, all in an easy to read format.

Load the website, scroll through the many listings and see if anything appeals to you.  I like that it has a clean interface, but the deals didn’t seem to be the best in comparison to the other companies I mentioned.

Nonetheless, it’s a Groupon alternative in the sense, only that all of the deals they post are mostly online.

Savings.com offers a ton of coupons, but they work a pinch differently than Groupon.  Picture it almost like a coupon book you get in the mail.

To take advantage, click on the “local” tab and then input your zip code to show all of the local participating companies.   From there, you can then print out any coupon you’re interested in.

All coupons are free, so you don’t have to pay like Groupon, but the savings aren’t as great.

WagJag is a Groupon alternative, but the only thing is that it only offers Canada deals.

I just wanted to include it here as you may find yourself traveling there or maybe you even reside there.

Just like Groupon, find a deal of interest and buy it to redeem later for the value specified. 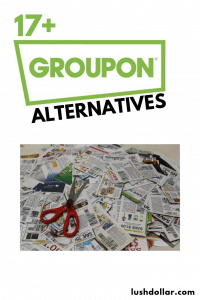 As you can see, there are a ton of Groupon alternatives, some of which are much better in my eyes.

Nonetheless, it doesn’t hurt to at least bookmark these sites and at least take a look weekly to see if there are any deals of interest.  Be careful, though, as you could find yourself buying more deals than you need!   At least I find myself doing that.

Also, if you love a good deal, make sure you check out this 50+ best coupon websites post as well as this 40+ awesome freebie websites post for even more ways to save in life.  There are a ton of ways to save online as long as you know where to look.

For now, start researching the many websites I mentioned and see what works best for you.  Hopefully, you can find that daily deal website that keeps on giving.

As always, you’re more than welcome to comment on what I have already mentioned, or if you have a website I missing, feel free to add it below.

Hi! My name is Tom Nathaniel, and I created LushDollar to help share my honest thoughts on everything money. It's the Internet's most honest money site after all. Working in the finance industry for more than a decade, allow me to share my thoughts! If you ever have questions, feel free to contact me via the contact page. 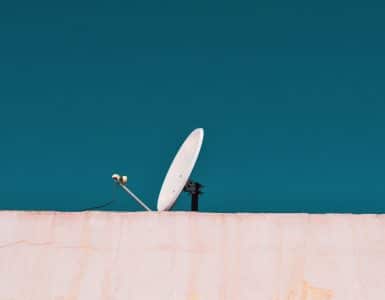 How to Watch Local TV Without Cable (Easiest Ways)

If you recently cut the cord, you may be missing your local TV channels. If so, let it be known that you’re not alone as this is one feature that many miss, aside from live sports and live events on TV. Even... 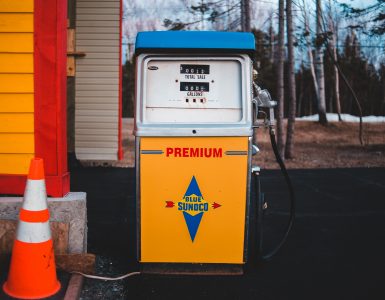 In the past, I talked about the many ways you can save on gas as well as some gas rewards programs you should consider signing up for to maximize your savings. In today’s post, I wanted to do something different... 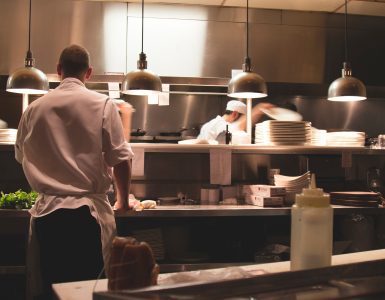 NOTE: Combining these 5 can easily make you $100/mo with very little effort.