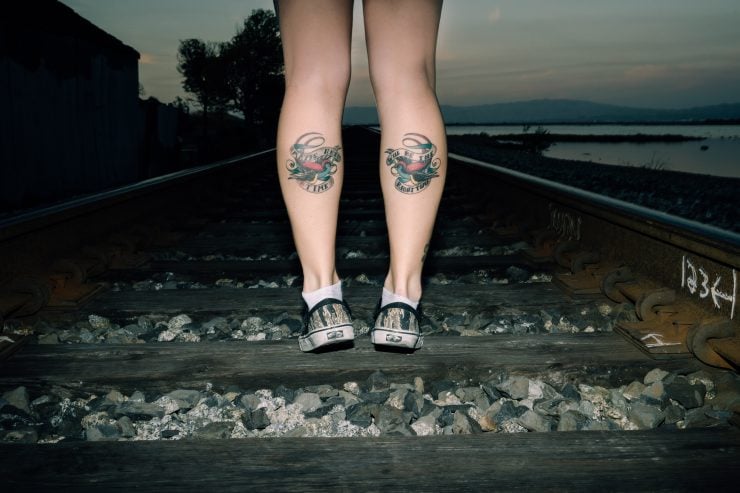 If you already have tattoos or been thinking about getting one, did you know that there are ways to get paid to get a tattoo rather than using your own cash?

Yes, of course, restrictions do apply, but as with any of my posts you read here, I try my best to think outside the box sometimes and include some ways to make cash in odd ways.

In today’s post, I want to talk about the many strategies you can use right now if you want to get a tattoo and get paid for it.

It is 100% legit and I can promise you people have done it before.  The only downfall, as you already imagined, is that you more than likely have to be told what to get.

If that’s alright with you, then jump in and enjoy my guide!

Let the world know that you’re willing to tattoo your body, either temporarily or permanently, for a certain price by creating a Fiverr listing.

By far, Fiverr is one of the Internet’s largest marketplace, serving millions of buyers every single month.   If you’re unfamiliar with the website, it’s basically a marketplace where you can offer just about any service for sale, yes, including marketing-like services such as this one.

And, while Fiverr used to be $5 gigs only, it has changed over the years and now allows you to basically charge anything you want.  The company does have fees, about 20% of your order, so do keep that in mind if you consider creating a posting.

They do have a marketing section on the website, and when I took a look, it didn’t appear anyone was offering their body space up for sale, at least not yet.

Yes, while it could be risky, you never know who may be interested.

Creating a posting is at least free, so you could always consider at least creating a page to see what kind of interest you get.  And to learn more about it, I do recommend a few of these awesome low-cost eBooks on Amazon.  You can learn everything you need to know as to how to succeed on the platform.

Aside from Fiverr, there are many alternatives that work in the same way that you may want to check out if you like this idea.

Aside from Fiverr, another awesome option to consider is eBay.

A man by the name of Andrew Fischer, for example, tattooed his forehead for a whopping $37,000 in 2005 and was able to find his buyer via the massive auction website.

And, the best part?  It was only temporary!

It doesn’t hurt to at least create a listing to see what if anyone bids on your body.  As long as you’re within your listing limits, posting your auction is free, however, eBay will take a chunk of your sale once it ends.

Looking at eBay as I write this review, I found quite a few people offering tattoo advertising, with prices ranging from a few hundred to more than $20,000+.  Take a look at this guy, for instance:

Create something creative, take a few pictures and let someone know why you would be a great candidate.

LeaseYourBody.com seems to be an older website, at least looking at the design, but it doesn’t hurt to at least create a profile and see if a company contacts you.  It is still active to this day, but I’m not sure how many people will contact you.  It doesn’t hurt to try, though, seeing it’s free.

Looking at the profiles on the website, it appears people are asking for anywhere from $200 and beyond, all depending on the placement of the tattoo.

And, the greatest thing about it is that the tattoo only needs to be temporary!

Craigslist could work, but I wouldn’t count on it as being one of my favorite options.  It could be a great way to connect with local businesses, however.   The only downfall is that their budget may not be as high as you envisioned.

Free to use, Craigslist would work no differently than eBay, wherein you would set up an ad and see if anyone is interested.

If posting, the “general” for sale section would probably be a great place to start.

Oftentimes, some companies will hold a contest, asking the public to tattoo their logo, slogan, etc on a part of your body, and in exchange for doing so, they will reward you, from cash to prizes for life.

For example, just recently, Domino’s would give you 100 free pizzas a year for 100 years if you tattooed their company logo on your body.

While this isn’t cash, per se, these stunts pop up quite a bit.

To find them, I just recommend you set up a Google alert, which basically alerts you any time a company wants to reward you if you decide to follow through with their demands.  Use keywords, such as “Get paid tattoo” or something similar.

While you may see some false negatives, you will find an article pop up occasionally.  If you do find one of interest, just make sure you act fast because good deals go fast.

To learn how to set up a Google alert, you can do so here.

How Much Can I Earn?

From getting free pizzas to thousands of dollars, the amount you can earn will be dependent upon so many factors.

First of all, who are you working with?

A larger company, such as Domino’s Pizza, will probably have a larger budget than the mom and pop bakery up the road.

Secondly, where are you going to place the tattoo?

A prominent location such as your forehead will garner much more interest than your toes.

And, lastly, how many tattoos do you want?

One man had 15 logos permanently tattooed and made $200,000, but unfortunately, many of these brands no longer exist today.  The more tattoos you have, the more you can make, of course.

All in all, payments could be as little as a few bucks for a temporary tattoo to as much as $10,000+ for a permanent tattoo.  It’s hard to say.

I have no definite answer as there are so many factors involved, but nonetheless, it should be more than a few hundred if you do decide to follow through and actually find someone. 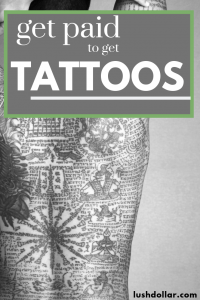 As you can see, getting paid for a tattoo can be done, but unfortunately, you won’t be able to choose what you want usually.

While you could have some say as to where you want it placed and what it could potentially look like, don’t expect a company to just pay you for a tattoo for the heck of it.

If you’re lucky enough to find a company that wants to sponsor you, it’s so important that you draw up a contract and get your cash before the tattoo even starts.  Definitely get a lawyer involved if we’re talking about a permanent tattoo.

As for payment, cash is highly recommended so that your buyer can’t reverse the payment once the tattoo completes.  Play it safe on all fronts if at all possible.

If you like the idea of getting paid for any type of tattoo just about anywhere on your body, then consider testing out a few of the websites above and let me know if you’re able to find someone who’s willing to pay you a pretty penny.  I’d love to hear your store.

In the meantime, get out there, hustle and see who’s interested.

At the Texting Factory, they claim that you can make about $300+ a week working from home working as a text chat operator, at least according to the official website.  It will be your job to answer casual answers on a...