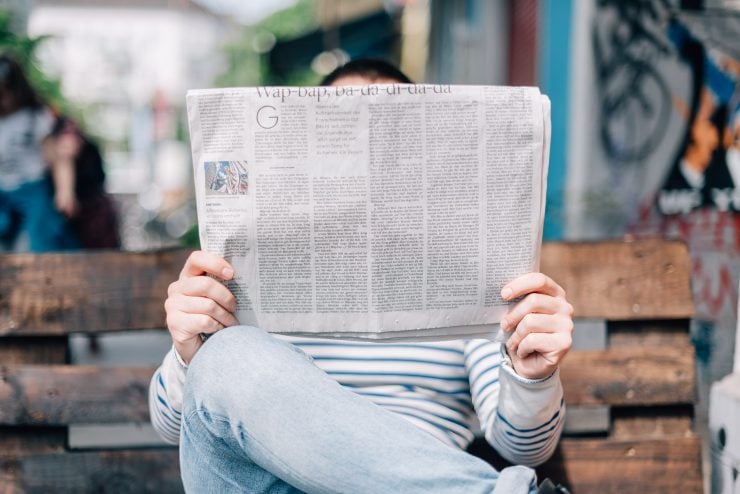 Some of the links inside this post may be from a sponsor.

From your mailbox to your email to maybe the loyalty program you’re part of.

While most of us throw them away, did you know that there may be some value in them?

No, I’m not talking about redeeming them and then getting your discount/freebie, but actually selling them for a profit.

How to Sell Coupons Online

In this post, I wanted to talk about the many ways you can sell your coupons as well as the legality behind it.

Yes, selling coupons is possible, but you’re not going to get rich in doing so.  Instead, think of it as a way to make a few bucks any time you find a valuable coupon land in your hands.

Is It Illegal to Sell Coupons?

First, let’s talk about the legality of selling coupons.  This was on my mind when I first started selling good coupons that I received and you may be thinking about it as well.

The answer is murky, but it depends on how you look at it.

If you take a close look at the fine print of just about any coupon, it will say something along the line of “this coupon will be void if transferred, sold, traded, bought, exchanged for cash, yada, yada.”  Almost every legitimate manufacturer coupon redemption states that if you sell your coupon, it then deemed void.  However, how will they ever know?

While selling isn’t illegal, per se, it’s redeeming the purchased coupon that may be illegal, at least in the eyes of the manufacturer.  They refer to it as redemption fraud.

At this moment, the federal/state government doesn’t have any sort of legislation, so you won’t get in legal trouble.  The only thing I could find is that the FTC states that “selling or transferring coupons often violates the manufacturers’ coupon redemption policy.”

You can find some lawsuits related to coupons, but from what I saw, it had to deal with stealing coupon inserts or manipulating online coupons that have a printing limit.  This is another level above selling the coupons you legally own.

In the end, it isn’t legal by the book; it’s just that it goes against the manufacturers’ terms and conditions.

So, Can You Sell Coupons for Cash?

If you do a quick search for “buy coupons,” you will notice a ton of retailers selling coupons, most of which come from the Sunday newspaper.  You will also find a variety of coupons on eBay as well.

How do they get away with it, you may be wondering?

They note that they are selling their services to cut these coupons, and you’re not paying for the coupon.  All around, your fees are paying for the labor to gather, cut, clip and mail out the coupons you’re purchasing.

This always seems to be a workaround when in the coupon space, making it so that the coupon you do receive wasn’t technically sold as you were paying for the services, not the coupon.

If you do decide to sell, it’s best to add this verbiage so that the buyer knows they are buying your services, not the coupon.

Why Do Companies Even Care You Sell Them?

If you’re going to buy the product, you may be wondering why the heck the companies will even care.

Well, it’s not just that.

The thing with coupons is that a lot of times, they will test certain markets with specific coupons to sample the market and/or see how well the coupons.  If those coupons were targeted for the New York City area and the coupons are being shipped across the United States and then claimed, it’s screwing up their metrics.  Not only that but they know how to pay for the coupons redeemed.

A lot of times, coupons are sent out for market research and is part of their budget.

In selling these coupons, you’re hurting the company’s bottom line in a way, forcing them to pay even more into market research, which, in turn, could raise the costs of the products.

Not only will you be hurting a company’s bottom line, but there’s that chance that the coupon could be counterfeit.  While the one you’re selling could be legitimate, you never know what you’re buying from someone else.

Where to Sell Coupons

So, now you know that selling coupons online is 100% fine, but now you need to know where you can sell your coupons.

There aren’t a lot of places to do so, but I will include your few options below.

Whether it’s a Sunday newspaper coupon or something unique, eBay is your go-to.

According to eBay, they do allow you to sell coupons on their platform, but there are some restrictions.

According to the official FAQ, you can only sell up to 25 coupons every 30 days, up to $100 in value.  These coupons must be unaltered and only physical coupons can be listed.  This includes expired coupons, scanned coupons, coupons for recalled items as well as coupon inserts containing other coupons.  As long as the value is less than $100 for the 30 days and you sell less than 25, then you’re good to go.  This policy was created to help reduce fraud and counterfeiting for buyers and issuers.

If you want to sell your coupons, eBay is the way to do it.  But, before you do so, I would check out the marketplace to see if anyone has sold any of the coupons you want to sell in the past and/or any are active as of today.  Doing this can give you a good idea as to whether or not your coupon holds value.

Generally, your Sunday coupons will be worth pennies, but a “free” coupon or one that gets you $25+ off can yield much more.

If you don’t want to deal with the public, eBay is the way to go.  Just collect the cash

Your local Facebook Groups are good for everything and I have mentioned using them so many times before, such as in my swap or trade websites and how to make $200 a day posts.

If you’re not part of a local buy/sell/trade local Facebook Group, I would highly encourage you to at least join one so that you can post in the near future.  I show you how to join a Facebook Group in my quick guide to Facebook garage sale post.

As most groups are operated by someone like you or me, the rules can be different, but most let you sell just about anything, including coupons.

Again, like eBay, if you have something of value, you could get cash in hand in as little as 30 minutes.  Since most of these groups are local, you can meet up in person and exchange.  As with any in-person interaction, always make sure you do so in a safe spot, such as a well-lit popular parking lot or in a police station.  Many police stations today have dedicated spots for this very thing.

Instead of going into to how it works, I already covered it here.  If you’re interested in selling on Facebook but don’t know how to do so, refer to that post to learn how it’s done.

Just like the groups, you will have to meet up with someone in person, so make sure you’re smart in your meetup to avoid any troubles.

Craigslist could work, but out of all the options mentioned, I don’t think it will be your best option.  Seeing it’s free to list, however, why not at least attempt to list what you have?

If going this route, I would use the “general for sale – by owner” as this is where most coupon sellers will post.

Like Facebook, any Craigslist transaction needs to be conducted in a safe spot.  To me, Facebook can be a pinch safer since you at least look at the buyer’s profile before dealing with them, but this can’t be said on Craigslist.

The Happy Couponer Marketplace is a smaller coupon marketplace said to be the “largest selection of manufacturers’ grocery coupons on the web.”

According to the website, you can apply to be a vendor and then sell your coupons at your leisure.

They offer unlimited listings, freedom to post whatever coupons you wish (legal, of course) and handle all customer service inquiries.

How to Find Coupons

If you want a few extra dollars in selling coupons, but don’t know where to find them, there are quite a few places you can check, including the following sources:

There are a ton of ways to find coupons, but make sure you save the right ones.  If it’s $0.30 off a roll of toilet paper, you probably won’t get much for it.  However, if you sold 10 of those same coupons, then you may be lucky to get a dollar.

For me, I think you want to sell the higher valued coupons, usually valued at $10+ or in bulk.  That way, you can get the best bang for your dollar.

The next time you see any type of high-value coupon, check out eBay to see if it holds any value.  It only takes a minute to post.  Then, if it does sell, throw it in a small envelope and put it in your mailbox.  No post office visit is required! 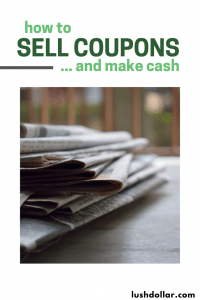 In the end, you can sell your coupons online, and no, you won’t face any legal consequences.  As you can see, eBay allows it, as long as you abide by their terms.  That tells you something right there.

If you have a valuable coupon or two, I would consider at least posting it to make a few extra dollars, especially if you don’t plan on using it.  Just make sure you create a detailed listing as well as a picture with a bar code omitted so that the buyer knows what he or she is getting.

If you have ever sold coupons and/or know of any marketplaces I’m missing of, you’re more than welcome to share your thoughts in the comment section below.

For now, save those coupons and check their value as you could be make $10, $20 or even $30+ a month selling unwanted coupons.

Hi! My name is Tom Nathaniel, and I created LushDollar to help share my honest thoughts on everything money. It's the Internet's most honest money site after all. Working in the finance industry for more than a decade, allow me to share my thoughts! If you ever have questions, feel free to contact me via the contact page. 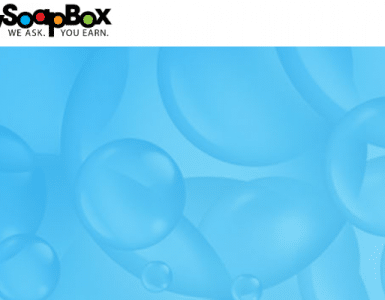 MySoapBox Review: How Much Can You Earn?

MySoapBox wants your feedback on the things you already use, buy and do every day.  Whether you like it, love it or hate, they want to hear from you.  And, in exchange for this feedback, they reward you for your time... 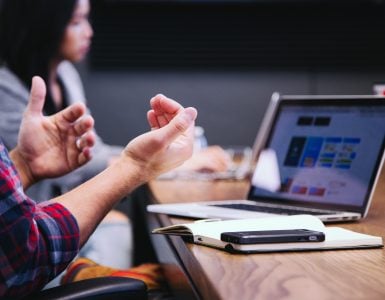 Lately, I have been talking about focus groups a lot, mainly highlighting the many companies that can help you make $50 to $250+ just for investing 30 to 90 minutes of your time.  Honestly, it’s some of the... 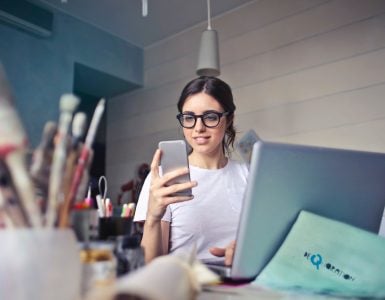 In the past, I have talked about focus groups many times, such as in my creative ways to pay off your student loans and taste testing job opportunities posts.  If you’re unfamiliar with them, it’s usually...

NOTE: Combining these 5 can easily make you $100/mo with very little effort.