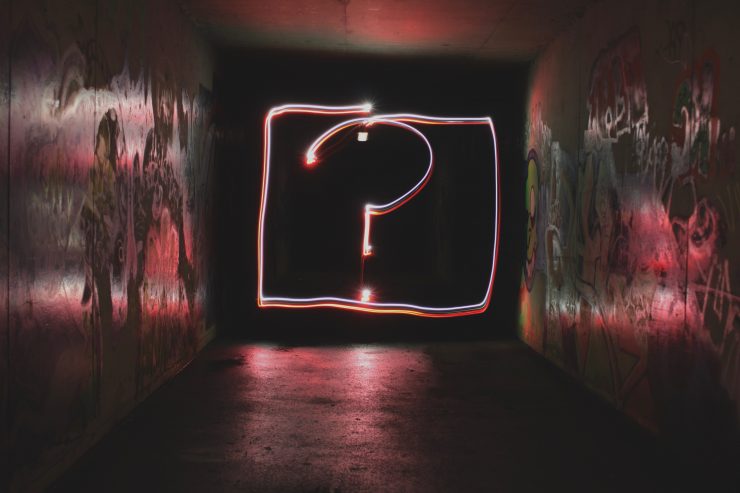 If you love to play trivia, did you know that there are apps that actually reward you with real cash if you win?  In some cases, it can be in the four or even five figures, sometimes even more if the app is running a promotion.  It really depends on the number of people playing at the time.

And if you’re unfamiliar with these trivia apps, it’s quite simple.

You’re asked a question, and usually, you only have 5 to 10 seconds to answer it.  If you get it right, you can move onto the next round, but if you get it wrong, well, then most of the time you get the boot unless you have some sort of extra life.

Most apps have about 10 questions, and generally, you need to answer them all right to get part of the cash pot.  The amount you win will depend on the number of people who won and the total cash size.  For instance, if 1,000 people won the $10,000 pot, you would get $10.

These apps usually run a show once a day or sometimes multiple times a day.  Some have no schedule.  It just depends on who you sign up with.

All of the apps I’m about to list are 100% free and offers real cash prizes.  Sign up for as many as you please to potentially win big!

NOTE:  As a quick note, there are other apps where you can win money, but in this post, I’m focusing on trivia apps only.

If you have been peeking around the site, you probably already know by now that I promote Swagbucks quite a bit.  If you’re not familiar with it, it’s by far one of my favorite ways to make a few extra dollars in my free time simply by answering survey questions and completing offers.  There’s a lot to do and it’s quite easy to make $200+ a month in doing so.  100% free to join and a great way to earn a few dollars on the side.

Well, as part of Swagbucks, they have the very popular Swagbucks LIVE app, which is an interactive trivia app where you can win $1000s every week just by answering 10 IQ trivia questions.  Not only that, but you can win Swagbucks as well, so you will want to make sure you open an account to play.

Quite possibly the most popular trivia app that offers cash prizes, HQ trivia is a live game show, simply meaning you have to log in at a certain time of the day to answer the questions.  It makes you feel as if you’re part of a live game show.

The app is fun, but the only annoying thing to me is usually listening to the host and waiting for a particular time to play.  This can annoying to some if you want to play right now.  Glitches are a huge problem as well with buffering and freezing issues.

The game part, aside from the host, is actually quite fun.

You simply have a few seconds to answer the question and every time you get it right, you can jump to the next round.  If you make it until the end, then you can split the pot with the players who are left, often a dollar or so.  I know, it’s not much, but when you’re competing with hundreds of thousands of people, a lot of people win, drastically lowering the payout.

If you do decide to join, be sure to turn on the notifications so that you’re alerted when they are about to start.

Out of all options, this should be your number one, but do keep in mind that a lot of people play, which could mean a smaller pot size.

The Play and Win app is said to be a fun and exciting trivia game where you can test your knowledge and answer trivia questions to collect points, at least according to the description.  If you rank high enough, you can win cash prizes.

A new game starts every hour and offers questions on a variety of topics, including history, sports, culture and much, much more.

The app is 100% free to download and requires no in-app purchases.

Givling is a lot different than the apps already mention in that everyone works together to help pay off some sort of debt, such as your student loans, mortgage, etc.   It has a pretty cool cause.

Twice a day, you can play the Givling game to compete for large cash rewards, sometimes as high as $10,000+.

And every time you play, you will join forces with a three-person team where you will answer true/false questions until you strike out or reach the stated limit.  The more you answer, the higher your score will be.  The biggest difference, as you can see, is that you will have to work as a team instead of on your own.

In the end, if your team has the highest reward, you can equally split the cash reward.

Aside from earning points from the game, you can also interact with the app’s sponsor to help move to the top of the “Queue” to earn even more.

Only available to Android users, the QUIZ REWARDS apps lets you play at any time, where you can answer questions in more than 16 different categories.

The goal here, much like the many other trivia apps, is to answer 12 questions as fast as you can.  The faster you are, the more points you can essentially earn.

If you earned enough points at the end of the round, then the app will reward you with points, in which you can then cash out for a variety of cool prizes such as Amazon gift cards and more.

Joyride is unique in a way that you can actually create your own trivia show and allow the community to participate.

Now, what’s cool is that you can always browse for a new game and try to find one that’s offering a cash prize.

Like the many apps already mentioned, you will need to place near the top to be a candidate for the cash.

Aside from playing live trivia shows, you can also watch dating shows, music shows and much more.  Seeing it’s created by people like you and me, I guess you never know what to expect.

This app doesn’t have a lot of downloads, but it seems to offer cash nonetheless.

According to the description, each question will show inside an image and it’s your job to guess what it could be.  As long as you answer correctly within eight seconds, you can stay in the game.

To win, simply answer all the questions correctly to earn cash.  Pretty much no different than the others.

NOTE:  Appears to be inactive as of September 2019

Bethewone offers a daily live quiz show, up to five times a day with cash up for grabs during every show.

All you need to do is answer nine questions correctly and score more than 400 points to qualify for the cash prize.

It’s free to download and is even available in five different languages.

Like most of the trivia apps I already mentioned, Perk Pop Quiz! works in the same exact way.  Answer questions correctly and get rewarded.

The more answers you get correct, the more points you can earn, which can then be exchanged for a variety of rewards, including gift cards or even cash.

Not only can you earn points, but you’re also automatically entered to win cash prizes up to $50 just for playing and getting high scores.

You can start playing whenever you want and choose from more than 400+ trivia categories.

Tellie is kind of new to the trivia game, but it appears to work similarly to that to HQ Trivia as you have to play at certain times and listen to a host.

According to the app, they have a rotating lineup of “fresh, immersive” shows that encourage the audience to become part of the experience.

From the “In Or Out” game, which allows you to spin the wheel for free cash to “Word Up,” which is a unique word-like game that requires you to type in word or words until you complete a question.

More than just trivia, it’s a great app to consider if you want to do more than just answer trivia questions for cash. 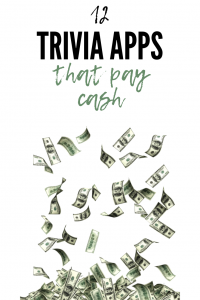 The app store is filled with a ton of trivia apps, both good and bad, of course.

And the sad thing is that you may find one you like and all of a sudden, they won’t be active anymore.  I saw so many apps that had to “retool.”  I think this is a nicer way to say they are shutting down.  As this is quite a competitive industry and it’s hard to make money for the providers, many simply can’t keep up with the prizes they offer.

I tried my best to keep the best free ones on this list, but do keep in mind that you will find others that I didn’t note.

And the reason I didn’t include a lot of them is based on the fact that they often charge you money to play — a huge scam.  If you ever download a trivia app that requires you to pay to play, don’t do it as you will only get yourself into trouble!  You will never see this money again.

As a fun way to pass the time and test your knowledge, download a few and get the hang of them.  If you feel you can answer a good amount of trivia questions, then you may find yourself winning a few bucks, you never know!  Even if you don’t win, you’re at least learning something new, right?

Don’t expect to get rich.  Instead, look at it as a fun way to earn a few dollars in your spare time.

If you like playing solitaire or games for the matter, you may be wondering if you can make money in doing so? Well, the answer is kind of. In today’s guide, I wanted to talk about the few ways you can potentially...