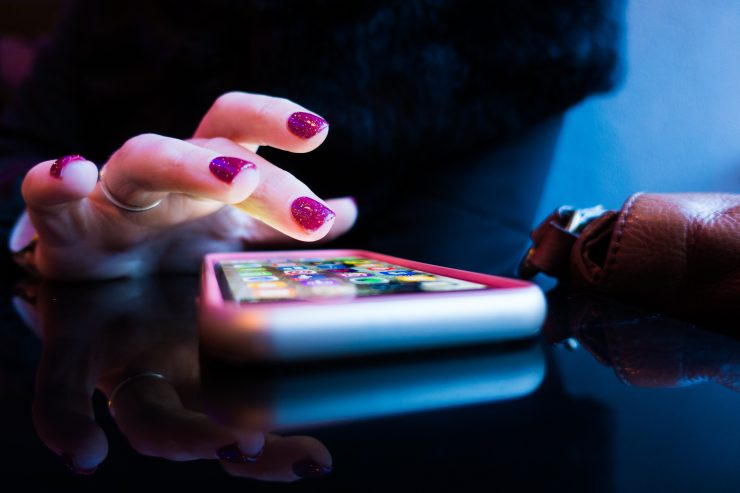 Did you know that there are apps out there that will pay you to download an app?  Yes, it’s true!

To get paid, you may have to play around with an app and reach a milestone, whereas some simply ask you to download it and that’s it.  All of the apps I’m about to list will tell you what you need to do in order to get rewarded.  It’s easy, I promise.

And, before you think it’s a scam, it’s not!

These companies often want to gain market share or even get their name out there and often willing to pay a middleman to find people like you who don’t mind trying out new apps.  It’s win-win all around as everyone gets paid in some way or another.

If you’re a fan of testing out new apps and don’t mind tinkering around with them for a few, I wanted to talk about the many legitimate companies out there that will pay you cold-hard cash to download an app.  These are all legitimate apps and some of them are even from bigger names you have heard of.  Did I mention they are all free to join?

For now, let’s jump in and see who you can sign up with to start earning money right now.

I love Swagbucks!  Honestly, it’s one of the few companies I use, the main reason I promote them so much on here.

Aside from making money downloading apps, you can also earn taking surveys, watching videos, completing offers and so much more.  Trust me, there’s a ton to do, and you will find it isn’t all that hard to earn more than $100 to $300+ a month if you log in daily.

If you want to earn money by downloading apps only, it can be done as they have an offers section dedicated to you, referred to as “play games and earn.”

In my personal experience, I have found the payouts to be light years ahead of the competition in many cases.  For instance, here were a few options I had while writing this… 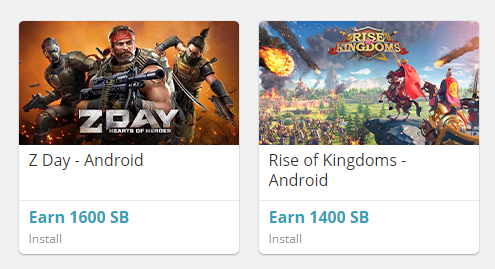 You will find many more than just this, so use it as an example.

For now, consider creating an account and see how much you can make right now.  Approvals are instant as long as you meet the sign up guidelines.  100% free!

instaGC, much like Swagbucks, works in a similar way only that they work with a ton of third-party offerwalls.  They just aren’t as popular.

In short, these offers don’t belong to instaGC; rather, they work with other providers that supply the opportunities to them.

Nonetheless, there are a ton of app downloading opportunities, many of which only take a few minutes to do.

Signing up is 100% free and is one of my favorites, simply due to everything you can do here.

I wrote about GrabPoints in the past.  They are said to be on the highest-paying GPT websites out there, and it’s kind of true.  It just depends on what kind of offers you plan on doing.

In short, they work a lot like Swagbucks, Inbox Dollars, etc, in that they offer a variety of ways to earn cash, including app downloads.  There’s a lot to do.

Once you earn at least $3 in points, you can then cash out for a ton of gift cards, from Amazon to Walmart.

I reviewed AppBounty in the past, and in short, I found out that you could maybe make $10 to $20 a month if you logged in a few times a week.  You won’t get rich, but that can be said for all of the apps I’m mentioning here.

AppBounty, probably one of the largest companies on this list, has paid out more than $1 million in gift cards.

It’s available for both Android and iOS; however, if you want to download it for your iOS device, you will need to follow the link below to start using.

I have mentioned AppKarma a few times before, particularly in my free Google Play credits and 100+ ways to make money without a job posts.  It’s one of the many reputable apps that pay you to download and test various apps.

The great thing about this app is that it focuses mainly on downloading apps, nothing else.  So, if that’s all you want to do, then I would highly recommend this option.

With the AppNana app, you are said to get any paid app for free.

How it works is just like the rest.  Download an app, earn what’s known as “Nanas” and then redeem them for either paid apps or even a gift card of choice.

Discover new apps with the AppRedeem app and get rewarded in doing so.

You can earn real rewards, from PayPal cash to gift cards, debit cards and even prizes.

As the name implies, the Cash for Apps will reward you with a ton of free gift cards just by downloading and interacting with an app.  For instance, as I write this, I could get paid to download the Lyft or Expedia app.

There are quite a few apps on here that you may be interested in, and it shouldn’t be too hard to reach your cash out as the company claims you only need an average of 10 downloads to do so.

Yet another company I wrote about in the past, FeaturePoints will reward you to download a variety of apps.

Aside from this, you can also earn via surveys, offers, contests and more.

The payouts aren’t as high as most listed here, but it’s an okay option to at least check out if interested.

Free Apps Fast, according to the website, is a legitimate, yet simple and convenient service for iOS devices only.

Download apps only from iTunes and get rewarded for your efforts.

iRazoo will pay you in points if you want to download apps, but the only problem is that they work with third-party offerwalls, simply meaning the offers will be found elsewhere.

However, I did find these offerwalls had a ton of options as well as other ways to earn, such as surveys, completing offers, watching videos and more.

Mistplay is said to be a newer app that allows you to get rewarded to play new games.

To get started, discover new games on your “mixlist,” choose one that makes sense and start earning.  The major difference with this app is that you will continue to be rewarded the more you play the games on your mixlist, meaning more money in your pocket.

Nonetheless, it’s another option if you want to download apps, particularly apps, and get rewarded in doing so.

What kind of phone do I need?

A common misconception is that you need cell service to download these apps and make money.  This couldn’t be further from the truth as all you need is an Android phone with the ability to connect to a WiFi network.  Personally, I recommend the Android as they are much more lenient on the Google Play store than Apple is, and you will have many more options to make cash.  Once on the WiFi network, you can then download the many apps mentioned prior to start earning cash.  So, technically, you do not need to pay a monthly bill to make money.

How much can I make?

With most of the apps I mentioned, be prepared to make anywhere from $5 to $20 a month at most per app you use above.  How long it takes you really depends on which apps you download and how long it takes you to get credited.  Your download and do nothing jobs will pay a lot less than the game apps that require you to reach level 15, for instance.  I once downloaded a game app on Swagbucks that paid me more than $30, but it took me hours to get there.  I found out it wasn’t worth it, even though the pay rate was high.

Can I download the same app on different reward apps?

Yes, most of the time, you can download more than one app at a time to increase your earnings, but just make sure that you read the terms and conditions before proceeding as some apps may not pay you if you were to complete that task elsewhere.  For instance, if you complete the offer via a third-party offerwall, such as OfferToro or Persona.ly, then you will only be able to do it once, no matter where you do it at.  From my personal experience, however, I was able to get credited more than once quite a few times if it wasn’t a third-party offerwall.

How do I make money?

It’s extremely easy as all you need to do is read the terms and conditions and proceed to complete what it tells you to do.  Some apps, for example, simply tell you to download the app, whereas a game, for instance, may tell you to reach level 10 before it pays out.  They all vary, but it’s usually straight-forward.  As a rule of thumb, I do recommend you at least take screenshots upon completion so that you have evidence in the case the app doesn’t credit you.

Can I uninstall the app after I get paid?

Yes!  After you get paid, you can get rid of the app, no problem.  Just make sure you receive credit before doing so.

Which apps do you recommend?

Some of my favorites, in no particular order, includes Swagbucks, AppBounty and AppKarma.  I found these three apps to have the most options with the best payouts.

Do you ever have to pay?

All of the apps I mentioned above are 100% free to download, however, you may find that some apps may require you to sign up for a trial in order to get compensated.  This is rare, though.  99% of the time, you simply download and do as told. 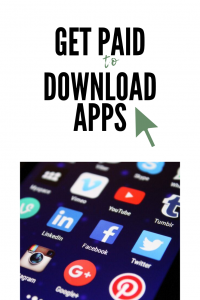 If you want to try out new apps, you might as well get paid for your time.  While it won’t be much, it’s a great way to get rewarded for your time and try out a ton of apps you may have never heard of before.

As one of the thousands of ways to make money online, start downloading a few of the apps mentioned on this list to see if any work for you.  Again, don’t expect to get rich; rather, treat it as a way to make a few bucks while trying new apps out.

If you have an app you’d like to add or even comment on, then you can tell us all about it in the comments below.