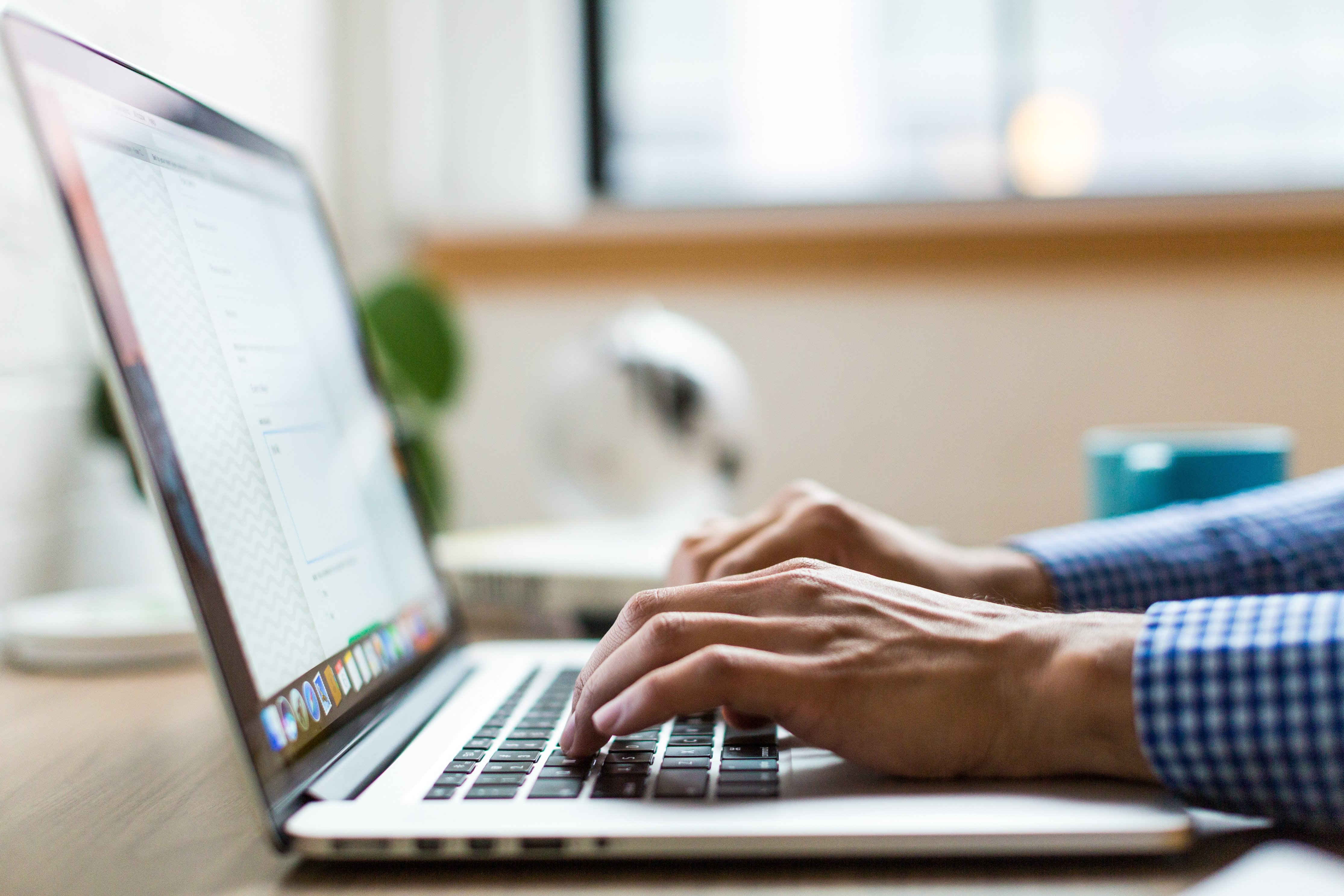 UserTesting is a site that I have reviewed in the past, and if you’re not familiar with it, it’s one that pays you $10 to $120 to test apps, software and websites from your home, usually using your webcam.  Tests only take up to a few minutes to complete, except for interviews, which can take up to 90 minutes to complete.  All of these jobs can be done remotely, making for a great way to make money from anywhere.

Whether you’re looking to make money beta testing or you searched for UserTesting.com alternatives, I wanted to create a list of websites that work just like UserTesting.com.

If you like the idea of getting paid up to $30+ to test various projects from the comforts of home, then this is a guide for you.  It’s not designed to make you rich; rather, it was created to help you make some money in your spare time.

Below, as always, are all of the UserTesting.com alternatives that are 100% legit.

Respondent is probably one of my favorite options on the list, and one of the main reasons is that they tend to have the highest paying studies.  It’s a research platform that connects you with individuals/companies who need your feedback.

Studies range from completing beta tests, similar to UserTesting, to interviewing people.  Studies pay anywhere from $20 to $250+ and the list is always changing, giving you the opportunity to make a decent amount of money on the side.

To get started, just fill out a simple survey and then browse a list of jobs.  If any sound of interest, apply to them and see if the company approves your request.  It’s fairly straightforward.

Ferpection allows you to earn money by completing missions on either your mobile phone or desktop.

The nice thing about this beta testing site is that you don’t have to record your voice nor do you have to hop on a webcam.  This can be a decent UserTesting alternative if you don’t the concept of showing your face or reading your thoughts aloud.

Ferception pays out every month, with tests ranging anywhere from $10 to $20+, depending on the mission type.  It only takes a few minutes to join via the link below.

PlayTestCloud works in the same way as UserTesting, however, the biggest difference here is that you will test mainly games, not a little bit of everything like UserTesting.  Also, PlayTestCloud only works on mobile devices so you won’t be able to use your laptop or computer.  Keep that in mind.

In short, with the app, you will help game developers with development, soft launches as well as help them find issues before the game is released to the general public.

In my research, I found that most tests pay close to $10 and take about 10 to 15 minutes to complete.  You won’t find much work, but I think you can earn about $30 to $60 a month if you sign in frequently.

Test IO pays you to test anything from new games to apps and websites.  You can earn up to $50 any time you find a glitch or bug while testing.  If the bug is more critical than expected, then you could earn even more.  How much you earn depends on the tests you qualify for as well as what kind of bugs you’re able to find.

To get started, you will want to register and finish the onboarding process.  Depending on the devices you own as well as your skills, you will then see invitations pop on your dashboard.

The company pays out monthly to PayPal accounts.

TestingTime is a website that allows you to test just about anything, not just websites and apps.  However, if you want to test physical items, you may be asked to visit a local office.  This is optional, however.

Most of TestingTime tests take part online and can pay about $10 to $20 per test, but the in-person tests as well as the longer tests can pay well north of $50.  Like all of these sites, you will know exactly what you’re going to be compensated before starting the tests.

When you sign up, you will fill out a demographic profile and they will then invite you whenever a study is available.  If you qualify, you will receive an invite, in which you can accept or deny.

All payments are made via PayPal and it’s open to both U.S. and European residents.

The only downfall that I found was that the options were much more limited, mainly due to the company’s size.  They aren’t as big as UserTesting, so it’s understandable.

Most tests are available to United States residents and pay via PayPal.  You can sign up for free via the application form below.

Userbrain allows you to test websites and apps just like UserTesting from your home.  The only biggest difference here is that tests pay much less, usually around $3, and the test lengths remain the same.

I wouldn’t say it’s my favorite, but as in any of my guides, I try to include as many options as I can.  It won’t pay much, so you will want to keep this in mind.

Payouts are made via PayPal, and of course, it’s free to join.

UserFeel is another site that reminds me a lot like UserTesting.  They pay about $10 per test and every test takes about 10 to 20 minutes on average.

The nice thing about this site is that there are no minimum requirements, which means you can cash out via PayPal any time.  And, best of all, any country can apply, but some countries may not receive as many invites as others.  This can be said about any research site.  Generally, these research companies tend to favor U.S. residents.

UserFeel won’t keep you busy, but I think you can complete about one to two tests a month, which means you can earn about $20 or so.  Again, not much.  Your results will greatly vary on your demographics.

With User Interviews, you can earn up to $1,000+ per study, in which you’re asked to complete surveys, online interviews and attend focus groups.  There are a lot of options to choose from here and it’s just as popular as UserTesting I would say.

How much you earn with User Interviews greatly depends on the studies you participate in, but for the most part, you can expect to earn an average of $25 to $80 per study, although you will find some rare ones that pay much more.

The cool thing about User Interviews is that you can browse the open studies without signing up to see if it’s something you’re interested in.

Userlytics was founded in 2009 and was one of the first beta testing-like websites to pop up on the internet.  The average test, much like UserTesting, takes about 20 minutes or so to complete and each test can pay an average of about $10 per test.  However, this is an average, as the longer tests can pay much more or sometimes a pinch less.  According to the site, most jobs pay $5 to $20, but you can see tests as high as $90.

I found a lot of similarities when I checked this site out, but many jobs paid much more than UserTesting.  The premise remains the same, wherein you will be asked to interact with a website or a mobile app, answering questions while you do so.

You need to be at least 16+ years old to join and reside in European, North American or Asian countries.

Most tests will pay, again, about $10 on average, but I did see that live remote sessions can pay up to $100.  These last about 60 minutes on average.

UserZoom is a very reputable company, working with some of the biggest names such as Google, Amazon and Microsoft.  If you were to sign up, I would highly recommend you keep your eyes peeled on the live sessions as they tend to pay out the most.

Let’s talk about one more that works just like UserTesting — uTest.  The biggest difference, however, is that you will get paid for catching “bugs” in the software.  For example, if the software crashed while you were using the software, you could get paid $3 or so.  You can also get paid when you complete usability surveys.

It’s not a popular option, so don’t expect many tests, but you could make $10 to $40 per project.  Some projects are time consuming, so while the payouts seem appealing, you could earn a pitiful hourly rate.

Payments are paid out twice a month, either via PayPal or Payoneer.

Don’t expect to get rich with these testing sites, however, if you were to combine four or five of these, I don’t see why you couldn’t earn $100 to $200+ per month.  Of course, it will depend on how often you log in as well as your demographics, but for the most part, you can earn a nice chunk of change as long as you live in popular countries like the United States.

UserTesting is one of the best options, at least in my eyes, but the ones mentioned above can work just as well.

For now, sign up for a few of these and start making it a habit to check your notifications/dashboards daily.  The minute you see a test, try to claim it as fast as you can since the popular ones tend to go fast.

As always, if you want to comment on the companies mentioned or maybe you want to add some UserTesting alternatives to the list, you’re more than welcome to add to the comments section below. 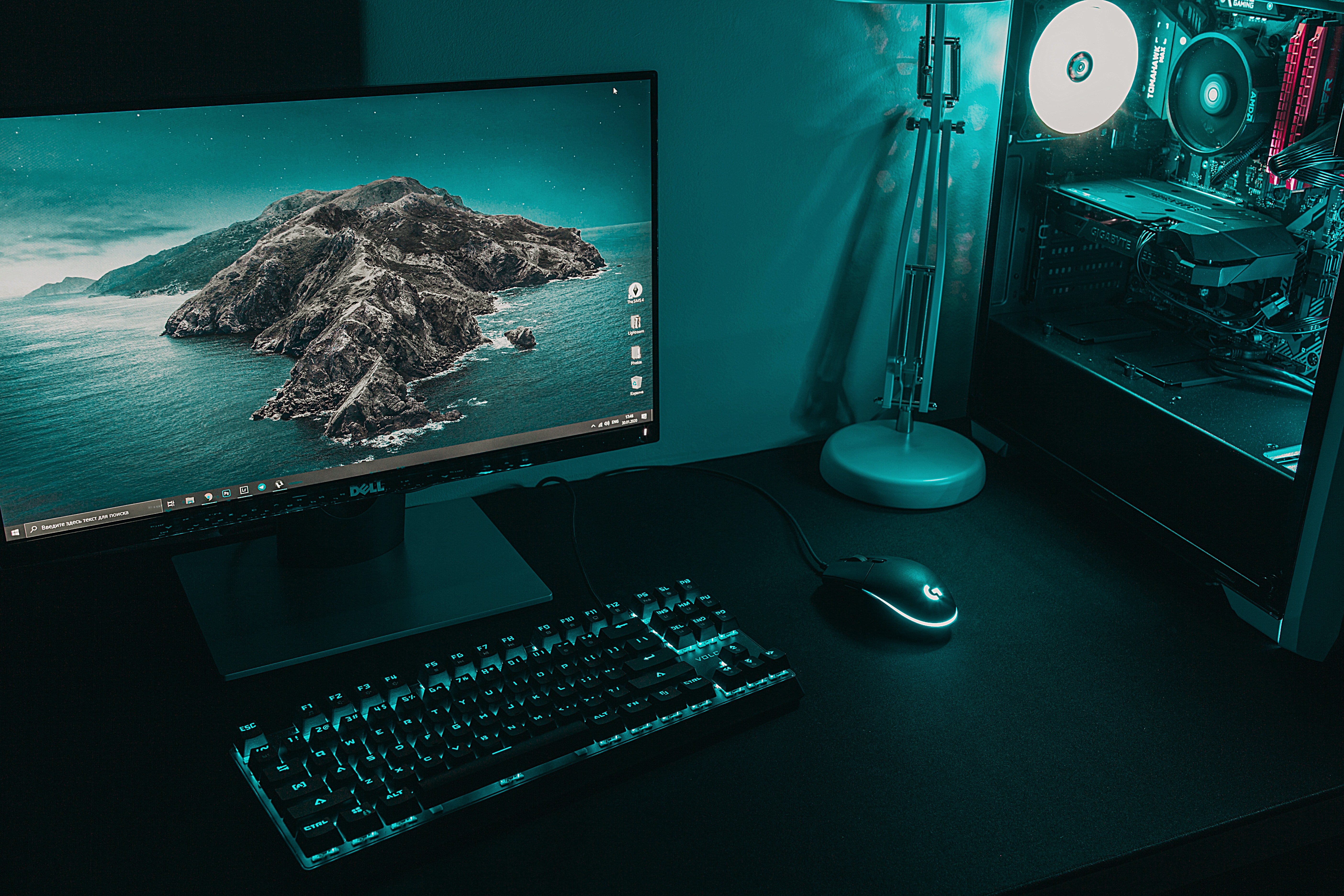 Have a desktop computer you want to sell? If so, there are a lot of options you can choose from, some of which will offer you an instant quote.  All of these sites are simply straight-forward, wherein you will either... 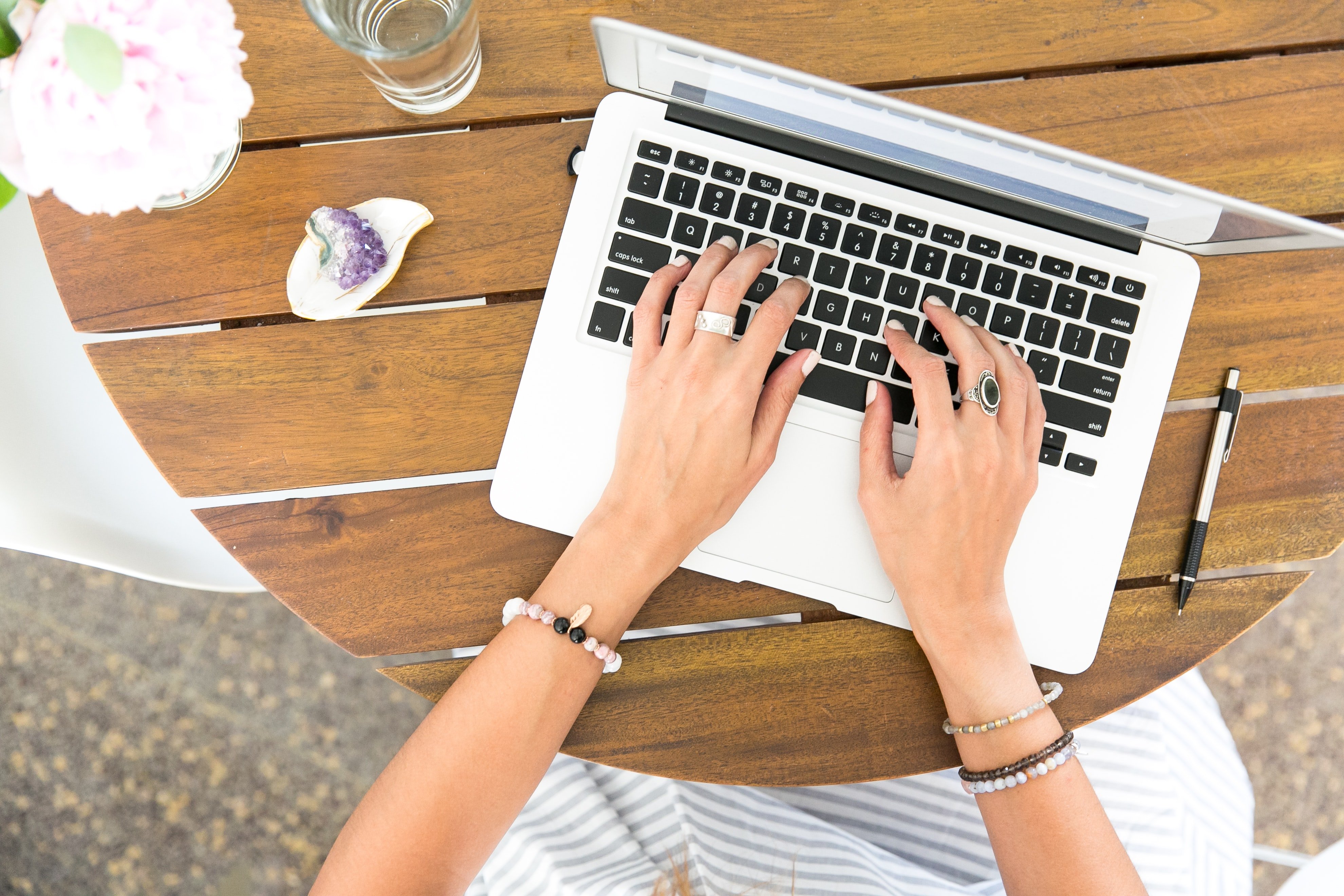 22 Websites That Pay You To Write Short Stories

If you’re looking to submit your short stories, let it be known that there are opportunities out there.  You just need to know where to find them.  And, that’s exactly why I wanted to create this simple yet... 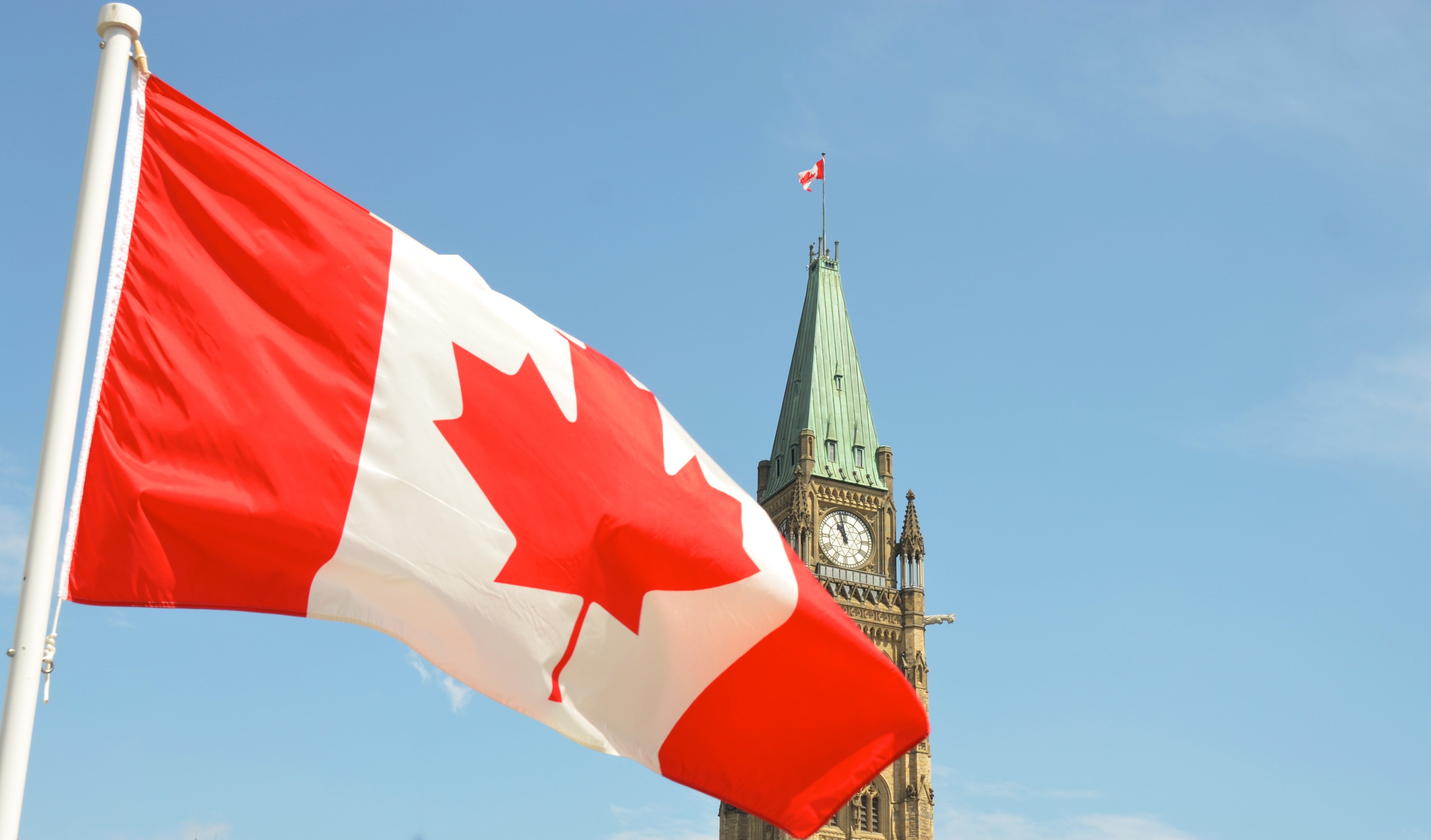 In today’s post, I want to do something a bit different and focus more on my Canadian friends. In most posts, I cater to the United States audience, and while some of the programs I do mention are open to other...