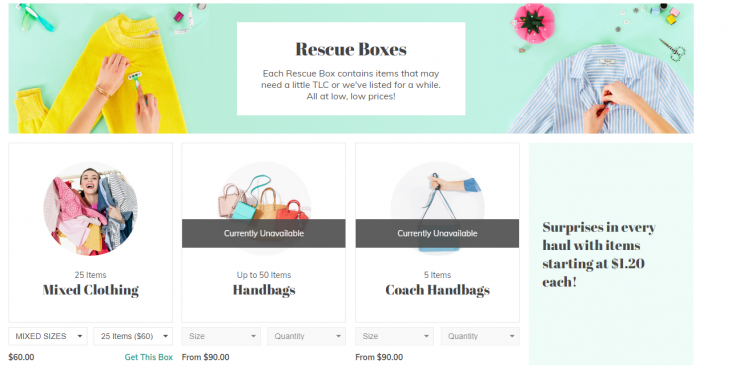 Stephanie Richmond
Some of the links may be from a sponsor. Advertising Disclosure

thredUP is a company I have mentioned a few times before, such as in my ways to get free clothes and best apps to sell clothes posts. In short, it’s an online thrift store of sorts, where you can purchase slightly-used brand-named clothing for up to 90% up. It’s one of the biggest consignment stores online.

In today’s post, I wanted to talk about the thredUP rescue box and how it works as well as if it’s worth the investment.

What is it, you may be wondering?

It’s a surprise box in a sense, where the company sends you a box filled with mystery items that you get to choose which type of items you want. Whether it’s mixed clothing, handbags, or only denim, you will only know what kind of items are inside the box, but you won’t know the condition or the brands included. Hence, the mystery box term.

This rescue box is ideal if you want to resell the clothing on other apps or you want clothing on the cheap. In some cases, you can buy 25 items for less than $60. That’s not bad.

If you love the idea of gambling in a way and making some cash, let’s see what it’s all about.

If you’re interested in buying a rescue box, it’s as easy as going to thredUP and browsing through the options available.

At the time of this review, they offered the following types of box options:

Granted, this can change, so use it as a reference only.

Whichever item you’re interested in, you will simply click on the size you want as well as the quantity needed. In some cases, particularly the “mixed” sizes, you won’t be able to choose the size. Rather, they will send you random sizes. You will then checkout via your shopping cart.

Now, before you purchase these rescue boxes and get excited, do let it be known that some items may have cosmetic defects, be missing labels of sorts and/or need to be professionally cleaned.

Just think of this for a second.

This is a smart business move if you think about it. If an item doesn’t sell after so long, threadUP can then throw these items into a box and ship it off. Since their analytics showed them it probably wouldn’t sell, they would rather get $18 for 25 random shirts than throw it out. In other cases, a seller may not want their rejected items back, so the company will sell these off as well. It’s a win-win for both sides.

All sales are final, so make sure this is something you want to do. There’s no try-on period nor can you get any money back. There are no exceptions!

NOTE: Since these boxes are often out of stock, set up email notifications to be first in line if interested.

In looking online, I had found a lot of reviews, some bad, some mixed, some good. I wanted to take these reviews and create a snippet of each review, just showing you what the internet thought about it.

TheWorkatHomeWife bought a few boxes and found that there are no guarantees, however, the boxes she did receive could turn quite the profit. For instance, she purchased the DIY Denim box for $46.79 and could list all items for more than $500. In the shoebox, she ended up paying $102 but had more than $600 in shoes. While some items did have imperfections, most were in good condition.

Artsy Cupcake purchased a premium mixed clothing box for $50, asking only for women’s clothing in a size medium. She took pictures of every item she received and felt it was a great value. She felt she could get her money back, and maybe more, for the items she didn’t want. Her biggest complaint, however, was that some of these items were off in size and didn’t seem close to a medium.

Avocado on Everything had a lot of fun unboxing her box in her YouTube video, but she didn’t like that you couldn’t choose a specific size with her box. This was a deal-breaker to her. Out of the 25 things, she only kept four and tried to sell the rest. She recommended trying it at least once to see if you like it.

Kelly Shaffner post her mixed clothing rescue box and hit the jackpot it seemed. According to the top comments, she had one of the best rescue boxes they have seen and could make her quite the profit. Throughout the video, she showed off her haul and said she was already buying another box.

FromPenniestoPlenty.com had a different experience than most. She said as a reseller, her box was a disappointment. The more she looked through the items, the more she became disappointed with them. Most brands were on the lower end and were out of style.

The Rescue Box seems to be a great option if you want to flip clothes, shoes, handbags or whatever you’re interested in. Almost all of the reviews I read had nothing but good things to say about it. Sure, while you may get a dud here or there, the company does warn you, so you can’t say you were surprised with the results.

While it would be a gamble to buy the clothes and keep them yourself, it may be worth the gamble to at least attempt with one box to see how it works for you. Who knows? You could make $20, $100 or maybe even more.

Keep in mind that these boxes go quickly. In fact, they are almost always sold out, except for a few. I think it’s for a good reason as people have had a lot of success with them.

So, in the end, if you can get your hands on one, give it a shot. It may be worth the investment.

Hi! My name is Stephanie, and I reside in the Phoenix, Arizona metro area with my three boys and husband. I have worked in the finance industry for almost a decade now and still do to this day.

Tada App Review: Get Paid for Your Receipts

The Tada app is one of the many that pays you to scan your receipts.  Simply put, you shop and you can then upload your receipt for cash.  If you purchase the items noted within the app, you can make a few dollars here... 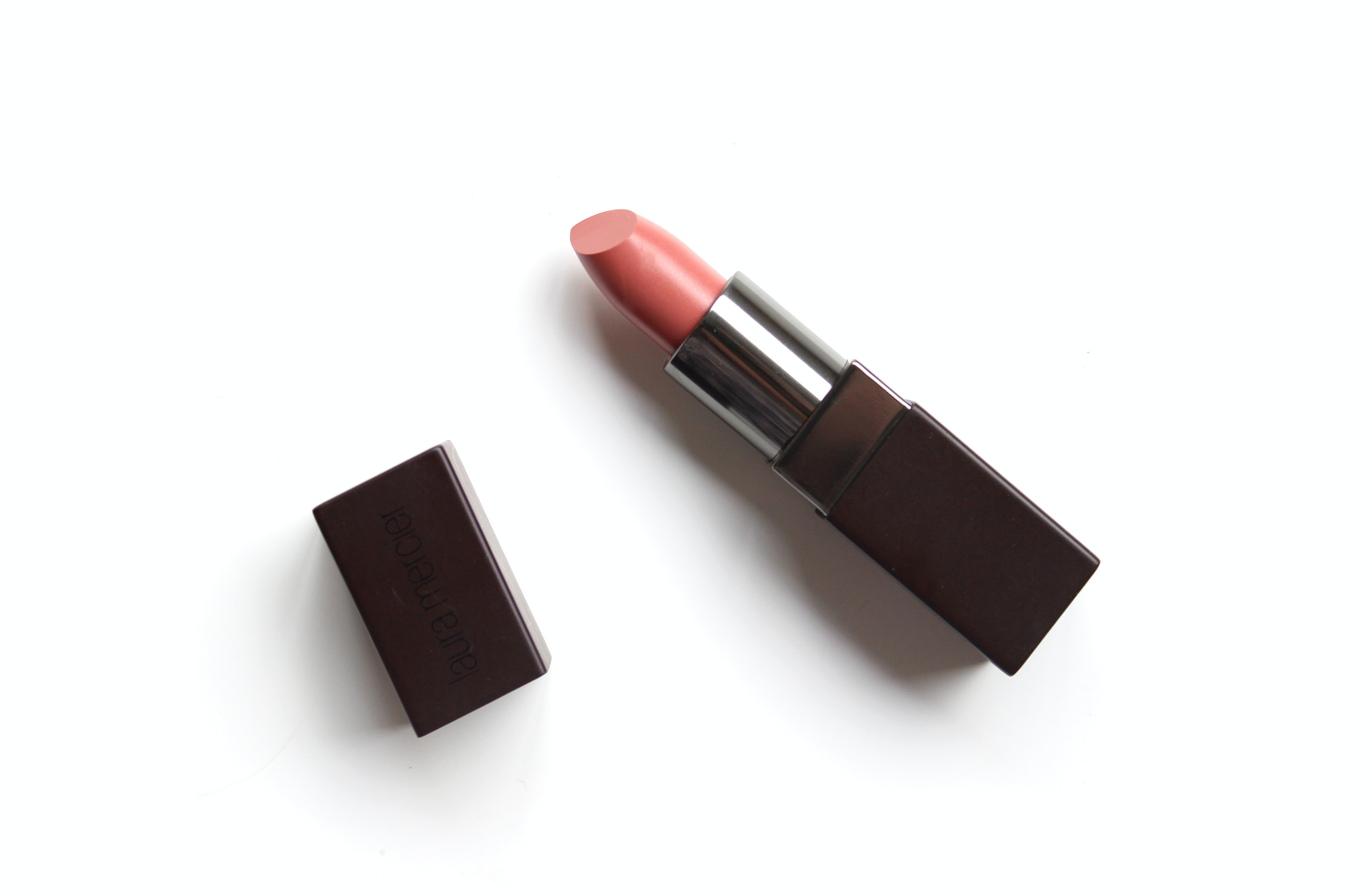 In today’s freebie guide, I wanted to show you how you can find free lipstick samples online. That’s right.   You don’t have to pay a penny.  You just have to provide your personal information so that...

Vipon is an Amazon discount website that allows you to save more than 50% on hundreds of items in almost every category.  It’s one I have mentioned before, but I didn’t talk about it in detail.  That’s...