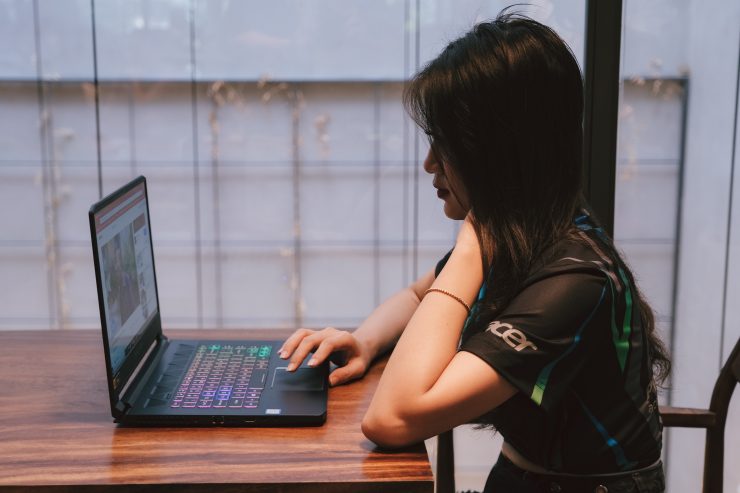 Quick Review:  I do recommend E-Poll Surveys, especially if you like the entertainment industry.  Be sure to follow this link as bonus points are sometimes available.

E-Poll Surveys is one of the many research companies online that reward you to answer questions in exchange for rewards.  Simply open up the surveys they send out, qualify and get rewarded after you answer it in its entirety.

According to the company, surveys range anywhere from 500 to more than 1,000 points and mostly focus on the entertainment industry.  Later on in this guide, I will talk about the value of these points.

Founded in 1997, the company uses its platform to help customers to voice their opinions in a fun and interactive ways, with topics ranging from questions about celebrities to other entertainment topics.

So, if you’re tired of the tedious surveys that barely keep you awake, then you could be in for a treat as these interactive surveys are usually much more fun than what you’re expecting.

As I try to review as many of these survey companies as I can, I wanted to test out E-Poll Surveys as I do see them mentioned quite a bit online.

So, if you’re thinking of joining, be sure to read my review first to at least see if they are worth joining.

Let’s dive in to see if E-Poll is safe and legitimate.

Of course, to start receiving surveys, you will have to first fill out an account in order for the company to learn more about you.

While this process may seem tedious, you do have to remember that if the research companies don’t know much about you, they won’t be able to send you targeted surveys.  This will be the case with just about any research company you sign up for.

Signing up, at first, was quite easy.

The company simply asked for my email, my birthday and where I lived at first. 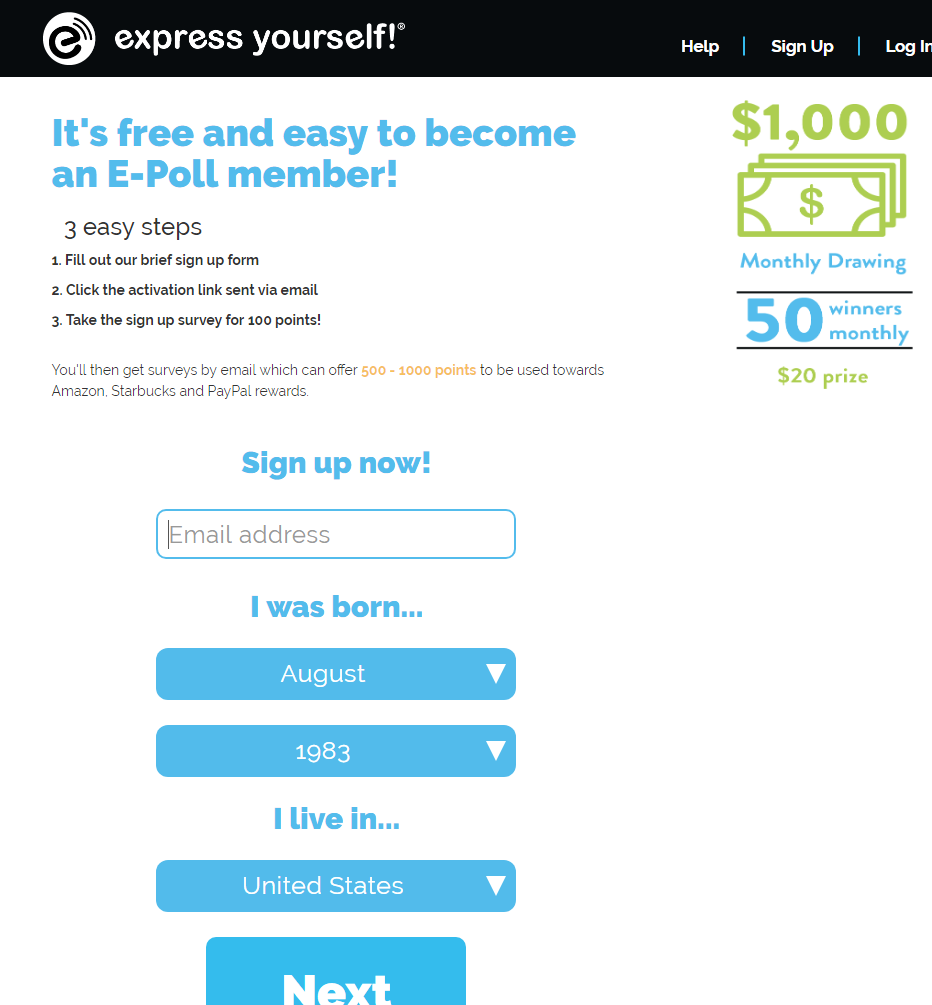 Then, on the next page, I was asked to fill out my demographic profile.  This included my name, gender, relationship status and so forth.

All in all, signing up took me less than three minutes.

Once completed, you are then asked to click on your activation link in your email to get started, and in doing so, the company will give you 100 points upon completing your first survey, as seen below:

Click on the activation link in your email and you can instantly start your first survey for 100 points and entered into a drawing.

This survey, at least according to the company, is said to take up to 15 minutes to complete.

Let’s find out if that’s true.

This first survey, like the many other research companies out there, simply ask you a few demographic questions, such as your age, TV provider, the types of shows you like, etc.

Again, it’s important that you complete this survey so that E-Poll can learn more about you to send you targeted surveys.

Since they seem to send out entertainment-related surveys, they will want to know about your viewing habits as well as what kind of channels you watch.  Almost all of it is entertainment related.

If you fail to complete this survey, you can expect next to no surveys coming into your inbox, almost making the platform worthless.  So, I highly recommend you complete it.

For me, the survey probably took me about 15~ minutes, an estimate that was about right.

After Completing Your First Survey

Once you complete the first survey, E-Poll then tells you to wait at least one week before they send you the second part of the survey, in which rewards you an entry ticket to one of four of their $250 monthly drawings.

During the first survey, you can also opt into text messages, wherein you can receive messages as to when there’s a survey is available.

This is completely optional and is really up to you.

Personally, I will just wait for the email, so if you do go this route, just make sure you white list any domain that comes from the epoll.com domain as seen in the graphic above.  That way, you know when a survey is available.

After you complete the first survey, it’s now a waiting game as you have to wait that first week until you can take the second survey.  This wasn’t true, though, as you’re about to find out.

And, then from there, you can start to receive survey invitations.

Right when I signed up, the company did say that I had to wait at least one week before I received my second survey, however, I did receive a survey invitation the very next day.

Remember, it’s based on your profile most of the time, so your results will vary.

The survey took me about 25 minutes to complete and was worth 500 points, about $0.65 in value.  I will get into this later.

But, as to the answer to this question, it really depends on the number of partners they are working with at the time as well as your demographic profile.

At least from my understanding and researching online, I would recommend planning about 2-5+ surveys throughout the week as an average, but for some, it could be as little as two a month.

Again, this is an average and your results will vary.  I have read some reviews where people said they only received two a month.  It’s really a mixed bag.

The surveys will come in, whether it’s 5 a week or 2 a month, so it’s very hard to give you a definite answer.

While you wait for surveys, you can always log into your account and check your balance, the rewards available and when the next drawing is going to be held.  If you had a ticket, it will tell you if you’re entered into the drawing or not. 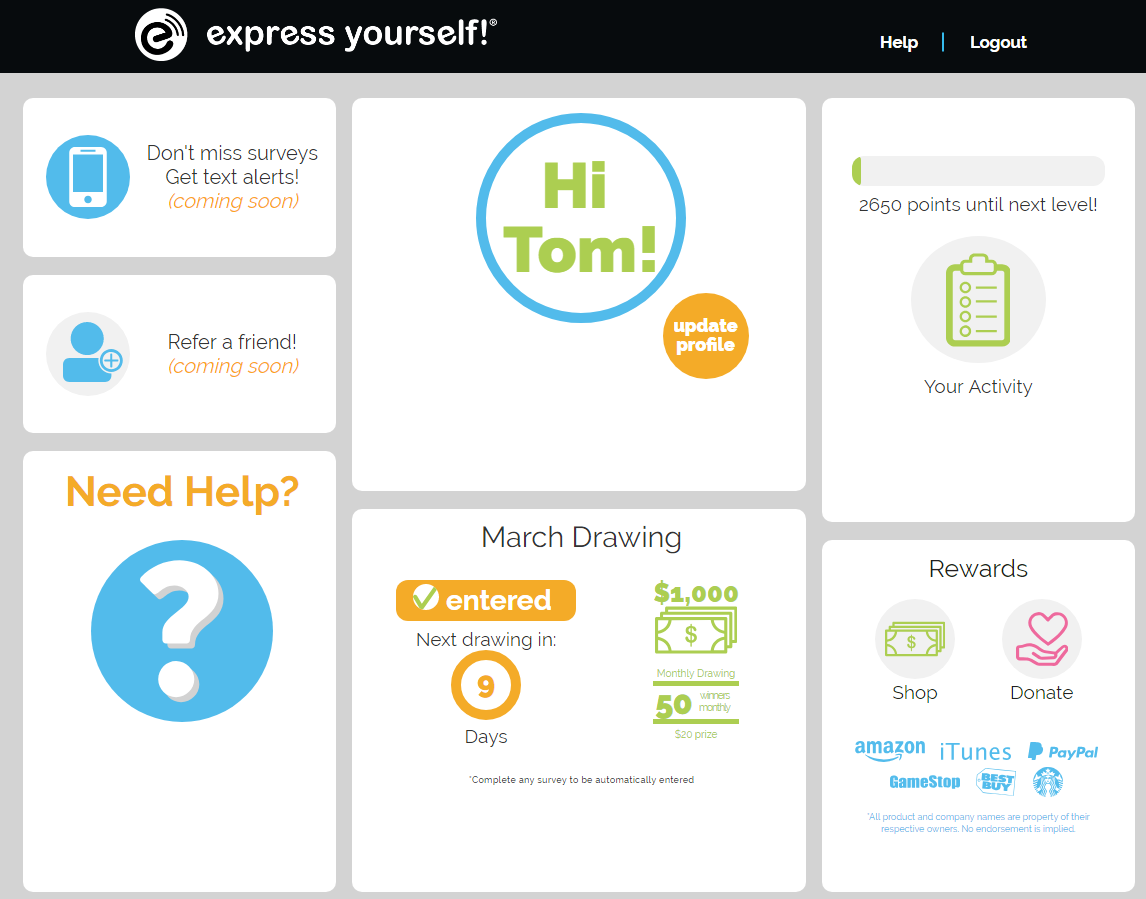 For now, you’re going to have to wait for the invitations to arrive in your e-mail inbox, so it’s important that you at least white list the domain as  I mentioned earlier.

It also doesn’t hurt to sign up for text alerts to be notified in case of a survey.  This is often the fastest way to be alerted.  This is really up to you, though.

As you can see, the dashboard is pretty simple to understand and is easy to look around.

How Much Are E-Poll Points Worth?

The company, like many of the survey companies out there, use a points system to reward you for your time.

And, at least according to my research while looking at the rewards store, it appears every point is worth $0.0013 to $0.0015 each, depending on what you redeemed your points for.

So, taking that survey I did prior, that 500 points would technically be worth about $0.65.  This is a pretty poor value in comparison to most survey websites, especially seeing it took me almost 25 minutes to complete.  This was just one example, though.

A lot of times, these research companies use points as a trick to make you think you’re getting a lot more than what you really are.

It’s all mind games, so do make sure you at least know the value to figure out if it’s worth your time.

E-Poll had a pretty good selection of options, including some of the more popular options including PayPal and Amazon.  And, redemptions started at $5.

At the time of writing this, E-Poll offered the following reward options

These rewards are subject to change and can be viewed via the “Rewards Store” link on your E-Poll dashboard.

E-Poll Reviews:  What Others are Saying

As always, it isn’t all about me, so digging deeper online, I broke down the good as well as the bad below to kind of let you know what other people thought about the company itself. 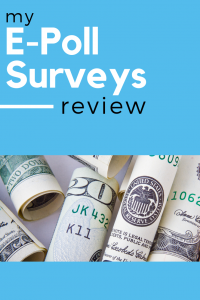 E-Poll seems like an okay option and I definitely don’t discourage you from using them.  They pay their rewards, they are 100% legitimate and work with some great partners.  They have been around for quite some time.

The only downfall is that some of the surveys don’t seem to be worth the time and some may not get as many surveys as expected.

Regardless, I would at least recommend signing up to see how many surveys you receive in a month.  Worst case, if you don’t like what you see, you can always unsubscribe.  Remember, just make sure you’re signing up for notifications to know when a survey is available.

8/10In the meantime, I’m going to give E-Poll a solid 8/10, just knocking them down a notch or two based on the number of surveys and potential money.

Remember, in the survey world, you won’t get rich, so as long as you treat it as such, it won’t be frustrating when you don’t receive the survey invites.  This can be said with any survey company.

For now, plan on making maybe $10+ a month, if that.  Just keep your eyes peeled on your email, answer the surveys right away when they come in and watch your reward points rise.

As always, you’re more than welcome to vent in the comments.  You can also check out the 80+ survey companies I recommend as well.

And, if you do sign up, be sure to let me know how many surveys you receive!