Reckner Surveys Review: What Can You Make?

The other day, I received an email from someone who visited the site asking me if they have ever heard of Reckner Surveys?  At first glance, it appeared to be a typical survey portal, where you could get paid for your opinion.

So, instead of just answering an email and saying no I figured I would research the company and see if they are, indeed, legit.

If you don’t mind sharing your opinion, then Reckner Surveys may be something to consider joining.  As in all of my reviews, I’m always 100% honest, only recommending platforms that only I would personally use.

With that out of the way, let’s see what the company is all about and if it’s worth your time.

What is Reckner Surveys?

Reckner is a national consumer opinion research company that helps well-known companies across many industries.  Aside from its main consumer opinion site, they also have separate sites, particularly a sensory panel and healthcare professionals panel.  Both of these sites are narrowly focused, looking for certain demographics.  In this review, I will talk about the consumer opinion site, which is open to all.

They have been in business for more than 20+ years with more than 250,000 studies conducted annually.  Like most of the survey companies I mention, Reckner works in the same way.  Just log into your portal, answer surveys at your own will and get credited upon completion.

Aside from conducting surveys online, the company has three physical locations as well, located in Pennsylvania, New York and Wisconsin.  In some cases, if you live nearby, you can conduct the surveys in house and earn even more.

Signing up for Reckner Surveys

To sign up for Reckner Surveys, it’s no different than any other survey site.  In the screenshot below, you will see exactly what they are looking for.  This is prominently posted on the main site, and it only takes a minute or so to complete. 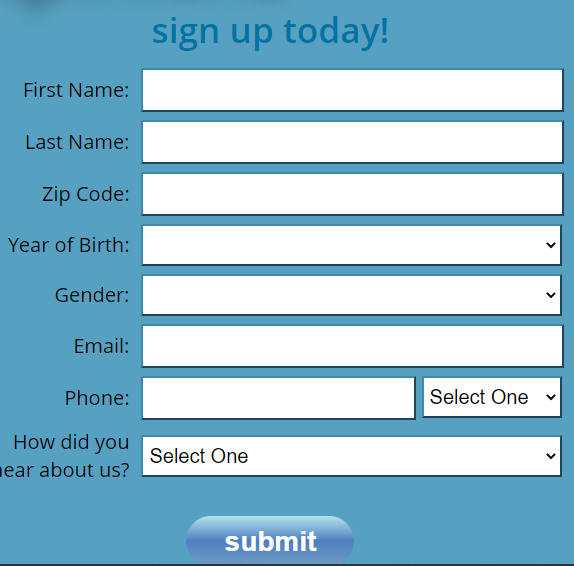 After you register, you will need to confirm your email address to gain access to your dashboard.  It is 100% free to join.

At this moment, the panel is only open to U.S. residents.

Unlike most survey sites, where you can log in and check out surveys available, Reckner Surveys will email you a survey invite whenever it meets your profile.

At the moment, Reckner offers a variety of survey options, including:

In each invite, they will tell you exactly what’s expect of you as well as how much you will be compensated for your time.

This is hard to answer as it will greatly depend on your demographic, but from what I read, don’t expect multiple invites per month.  Instead, expect a few invites a year at most.

Even when they do send an invite, you will find that, after the screener, you will be disqualified a fair majority of the time anyway.  However, for the surveys you do qualify for, they do pay much more than the typical survey found on Swagbucks, etc.

Remember, even if you get an invite, you do not have to commit to it.  Every invite you receive is 100% voluntary.

Also, if you do live in the New Jersey or New York area, you can partake with in-person surveys, which means you will have to show up in person to test a product and/or answer some questions.  Usually, you will be shown a product of sorts and will then answer a series of questions after.  These jobs always pay the most, so if you do qualify, be sure to highly consider it.

How Much Will I Make?

The amount you make will greatly depend on how long it takes to complete the study.

In my third-party research, however, I have found survey compensation to range from as little as $5 to more than $200+.  Generally, your in-person focus groups and telephone interviews will tend to pay the most, whereas your online surveys will be on the lower end.

Typically, all payments are made in the form of a VISA prepaid gift card upon completion.

So, unlike most survey sites that make you wait until you hit a threshold, this isn’t the case with Reckner.  You will simply complete the survey in its entirety and receive the prepaid card thereinafter.

In the case of an in-person study, you will usually receive the prepaid card in person, but for online surveys, it’s often sent as a virtual card to your email.

At this moment, it appears that a VISA prepaid card is your only option.

What Are Others Saying

Looking online, Reckner Surveys gets a mixed-bag review.  Some people hate it, while others don’t mind it.  In my research, here’s what I found…

5/10Reckner Surveys is one of those where I would just add my name to the list and check out the invites as they come in.  As long as you don’t mind getting denied more than getting accepted, you could qualify for a high-paying telephone interview at most.

I wouldn’t expect to make much, maybe $50 to $100+ for the year.  I feel it’s one of those sign up and forget about it-like survey sites.  While the company is 100% legitimate, it’s not as good as some of the bigger names in the industry like Swagbucks and Survey Junkie.

As always, if I’m missing anything or you want to sound off about Reckner Surveys, then you’re more than welcome to add to the comments below.